We found 5 items for the tag: MICHIGAN

Experts have recently analyzed that viral footage that people claim to be 'authentic' evidence that Bigfoot or a sasquatch exists.

NEWS
Stay indoors if you live in this state, race begins to counter threat

Residents of this state have been urged to stay indoors as a race begins for scientists and researchers to counter this threat.

The State of Michigan has signed a ban, preventing Tesla cars from being sold there. 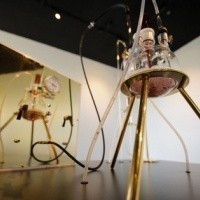