We found 24 items for the tag: MICHAEL BAY

Ryan Reynolds' cameo of himself in this Michael Bay movie is one of the best cameo's of all time.

NEWS
Roll out for our 'Transformers' Blu-ray giveaway!

Take home the latest instalment in the explosive sci-fi series on us.

Like the 'Human Centipede' of movie production lines, 'The Last Knight' is yet another example of why we can't have nice things.

Get ready to transform and roll out.... again.

What crazy alternate universe are we living in?

Michael Bay gets out of his comfort zone.

Get ready to transform and roll out... again.

NEWS
It's time to enter our '13 Hours' Blu-ray giveaway

The modern war epic comes to Blu-ray and you can take home a copy for nix.

NEWS
Michael Bay to direct 'Transformers 5' after all

Hasbro and Paramount don't want to leave any money on the table.

New blood for the franchise welcomed.

"A new era has begun. The age of the Transformers is over."

"You can't just kidnap a guy and take his things! That is so illegal!" 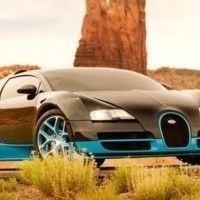 NEWS
Transformers 4 begins filming, includes a look at the new cars featured in the film

Michael Bay's Transformers 4 begins filming, pictures of the cars featured in the movie get released.

Transformers 4 is coming, but will Michael Bay direct?