We found 5 items for the tag: MGX

Samsung's 850 EVO is one of the fastest SATA SSD's ever made. Does the newly launched M.2 850 EVO pack the same punch? Let's take a close look.

Samsung's three smaller capacity 850 EVO SSDs use the new MGX controller. Chris looks at the new controller, and gives us his thoughts on the 250GB model. 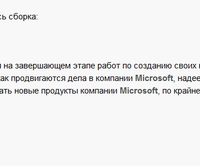