We found 5 items for the tag: METEOR SHOWER

A meteor soaring through the air has lit up the night sky over a city, and a webcam has caught the entire event on video.

NASA has revealed when you will be able to witness what the space agency describes as the 'best meteor shower of the year'.

Scientists have found that around 800 million years ago, both the Earth and the Moon experienced a bombardment from space. 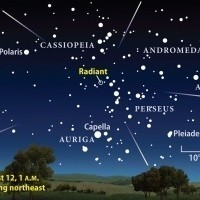 2013 Perseid meteor shower poised to be best of the year. 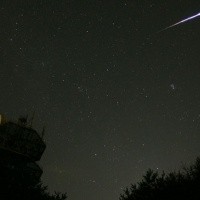 NEWS
"The best meteor shower of the year" is this weekend--don't miss it!