We found 11 items for the tag: MERCEDES

The latest reports peg some of the newest Mercedes and BMW cars as using 50% more fuel than their lab results.

Mercedes-Benz F 015 Luxury in Motion research car has been driving around San Francisco without a driver.

NEWS
LG and Mercedes working together on semi-autonomous vehicles

CES 2015 should see LG and Mercedes teasing their collaborative efforts for a semi-autonomous vehicle with self-braking technology and more.

Mercedes-Benz will head to the San Francisco Bay Area to test its autonomous vehicles at the Concord Naval Weapons Station.

Self-driving truck can operate autonomously up to 52mph, expected to enter production in 2025.

Mercedes will launch its first all electric vehicle in the US this summer and the car has a driving range of over 80 miles per charge.

Mercedes is teasing a new car called the Mercedes-AMG GT that is the second car designed independently by Mercedes-AMG.

NEWS
Mercedes will offer CarPlay on the aftermarket for older cars 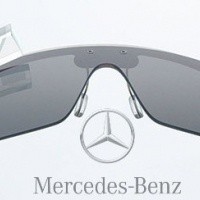 NEWS
Mercedes is working on integrating Google Glass into their vehicles

Glassholes who drive Mercedes vehicles are in luck, the car maker is testing the possibility of integrating Google Glass into the car's UI.

NEWS
So, what was the deal with Steve's plateless SL 55?

Anonymity? Above the law? Ugly Californian plates destroying the look of his pride and joy?