We found 18 items for the tag: MCLAREN

New Xbox One S and Xbox One X bundles released including Forza Horizon 4 in the box.

NEWS
After Tesla and LaFerrari, Concept One beats Porsche 918

Concept One has shown its power against Tesla's P90D, the LaFerrari and now the Porsche 918.

Watch this pocket rocket racing drone take on the McLaren 650s supercar in an all-out battle.

A behind the scenes look at Gillian Anderson's role in Star Citizen.

The new Nokia phone has been seen leaked to a Chinese website.

McLaren to go next-gen with its windshield wipers, will replace them with a force field of sound waves. 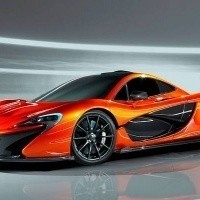 Microsoft has the McLaren P1 in its booth and it's hard to tell the difference from the Forza version.

Rev those engines up. The Formula 1 circus is in town on PlayStation 3. Find out what we think of this petrol burning monster.