We found 45 items for the tag: MAXWELL

Rumor has it NVIDIA is working on a dual GM200 video card, that should easily beat a dual Fiji card from AMD.

NVIDIA's new purported mobile GPU, the GeForce GTX 990M, will be faster than the desktop GTX 980.

MSI uses its always impressive Twin Frozr cooling technology on the NVIDIA GeForce GTX 980 Ti, with it being yet another impressive GM200-based offering.

ZOTAC goes for gold with its GTX 980 Ti AMP! Extreme Edition, with an absolutely massive video card that has the performance to back up its hefty size.

Palit has crafted one of the most beautiful pieces of technology I've ever seen, with performance and noise levels just as impressive.

We loved one of the ASUS GeForce GTX 980 Matrix Platinum video cards, so we decided to see how two in SLI would go.

The video card that people have been waiting for is here, introducing the GM200-based NVIDIA GeForce GTX 980 Ti with 6GB of GDDR5 memory.

ASUS goes for #1 position with its NVIDIA GeForce GTX 980 Matrix Platinum, a total beast of a video card with no compromises.

Rumor has it NVIDIA is preparing the GeForce GTX 980 Ti to combat the Radeon R9 390X.

Anthony runs us through MSI's GeForce GTX 980 Gaming 4G LE in this review. Should it be your next video card? Read on. Grand Theft Auto V numbers included.

One GeForce GTX Titan X performed well in 4K Surround, but how does another one in SLI help? GM200 to the rescue!

NVIDIA blew us away with the GeForce GTX Titan X, but they are about to do it again with SLI goodness. Two GM200 GPUs in a single system is simply superb.

NVIDIA stuns with the GTX Titan X, with a huge 12GB of VRAM and 8b transistors, resulting in mind-blowing performance. Maxwell does it again, all on 28nm.

Our NVIDIA GeForce GTX Titan X is here, so we've snapped some photos to give you the best look at the Maxwell-powered beast yet.

ZOTAC has an incredible GeForce GTX 970 video card on its hands with the AMP! Extreme Edition, which has some hidden, untapped power.

ASK THE EXPERTS
Should I upgrade to the new GeForce GTX 960?

Now that the new mid-range NVIDIA GeForce GTX 960 is here, should I upgrade from my GTX 660?

NVIDIA to refresh its GeForce GTX 960 lineup with 4GB models in March according to the latest rumors.

It looks like NVIDIA is preparing for the launch of the new GeForce GTX 960, with multiple cards from GIGABYTE, Inno3D and more spotted in the wild.

Today Steven runs us through his experiences with the ASUS GeForce GTX 750 Ti OC video card. He tells us about it in great detail and how to overclock it.

Steven gets down and dirty with MSI's NVIDIA GeForce GTX 750 Gaming video card and tells us about it in great detail and his experience overclocking it.

The mid-range GeForce GTX 960 could keep the bigger brothers' 256-bit memory bus, and 4GB of RAM.

NEWS
NVIDIA releases the GeForce GTX 980, its most advanced GPU at $549

NVIDIA releases its GeForce GTX 980, built on its Maxwell architecture, we have the most powerful GPU available.

NVIDIA's GeForce GTX 880 to be released this year, but the GTX 900 series will be the real star - based on the 20nm process.

NVIDIA rumored to make its upcoming GeForce GTX 880 and 800 series cheaper, faster, and more power efficient than its 700 series GPUs. 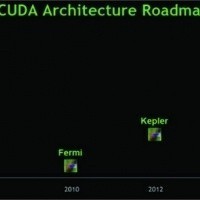 NVIDIA to release Kepler refresh in 2013, Maxwell not to see light of day until 2014.