We found 38 items for the tag: MATX

NEWS
ASUS' Intel Z490 motherboards detailed, all 17 of them

ASUS came out swinging for Intel Z490, with 17 mobo models announced at launch - not all will be available day one, but that's a lot of potential.

AMD is left out as ASUS displays some workstation and motherboards including the world's most powerful Intel X99 mATX form factor.

SilverStone continues to pump the market with this old school mATX beast.

Are you looking at building a new small form factor gaming PC that still packs a punch? EVGA's X99 Micro is worth a look for sure. 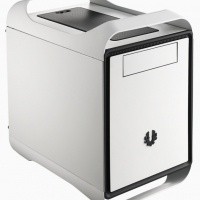 Gigabyte shrink the G1.Sniper, now has an mATX board in the M3 model.

We put our Extreme4 into the wash and it shrinks into the mATX based X79 Extreme4-M. Let's check out this new mATX board!

ASUS shrink the latest ROG board with the new mATX Z68 Maximus IV Gene-Z. How is it? Let's find out!

You want to make the jump to Z68, but just wish there was an mATX version. Well, we might've found your board!

Big things can come in small packages, as we show you how to make a gaming rig that won't clutter the desktop.

X58 goes MicroATX with ASUS' new Rampage II Gene. It's small, but can it run with the big boys?