We found 15 items for the tag: MATROX

COLORFUL teams with NVIDIA on the first GPU History Museum, and I want to visit it and live there for maybe forever and a day. 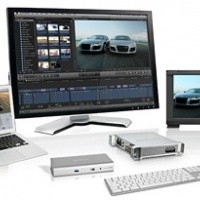 NEWS
Q3 report on the graphics card market: Shipments are up 18.4%, Intel has 60% of the market