We found 4 items for the tag: MASS EFFECT 2

BioWare's next game isn't Dragon Age 4 or Anthem 2.0, but something we've wanted for a long, long time now.

BioWare's stellar sequel is a decade old, kicking up lots of great memories from the landmark RPG. 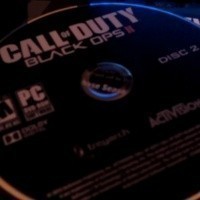 Some PC gamers are reporting their copies of Black Ops 2 contains a Mass Effect 2 disc.