We found 9 items for the tag: MADDEN

NEWS
As sports seasons are put on hold, fans to turn EA games for their fix

As COVID-19 closes down stadiums, fans are surging to EA sports games like FIFA and Madden to engage with favorite past-times.

After promising to embrace new mediums and platforms, EA puts a big asterisk on its free next-gen game upgrades.

NEWS
Stadia secures some of the industry's biggest billion-dollar earners

EA reminds everyone they still have exclusivity on making football sim games.

EA has released the official PC requirements for Madden NFL 19.

The New England Patriots will beat the Seattle Seahawks after a closely-contested game, according to Madden NFL 15. 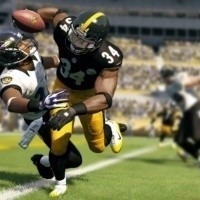