We found 6 items for the tag: LOGAN

Hugh Jackman's Wolverine character gets a final send-off in Logan and here's our look at it.

The newly released trailer shows a broken and ailing Wolverine.

The new trailer for Logan is out, showing the hairiest version of Wolverine yet. 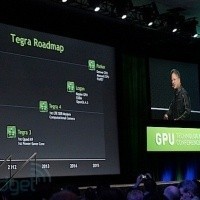 NVIDIA mobile roadmap gets updated with Logan and Parker, Tegra 5 and 6 respectively.