We found 17 items for the tag: LIQUID NITROGEN 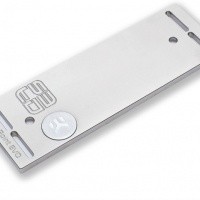 A group of overclockers from Australia and New Zealand got together to try and break some world records with the use of liquid nitrogen. This is Deanzo's take on what happened. 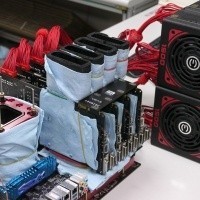 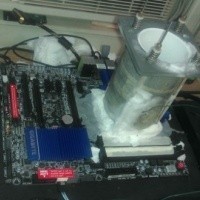 A damn fine way to show off a new motherboard.

Today I am pretesting and modifying GTX480's before heading off to Japan to assist in some 3DMark Vantage benching on a platform that will require no less than seven liquid nitrogen containers.

Today we look at the new flagship motherboard from GIGABYTE, the GA-X58A-UD9. We want to see what limits it will push a Gulftown CPU to when frozen at minus 150 degrees celcius.

The rein of Gulftown starts today. Let's see what it can do with some LN2 extreme cooling on tap!

Today we will have a glimpse into the world of competitive overclocking as Deanzo takes part in one of these events.

Today we see how far an AMD Athlon II X4 630 processor can be pushed when cooled to minus 180 degrees celcius with LN2 extreme cooling.