We found 9 items for the tag: LION

Unity's impressive hair and fur rendering on their Lion tech demo, runs at 4K 30FPS on the Sony PlayStation 5 with millions of hair strands in real-time. 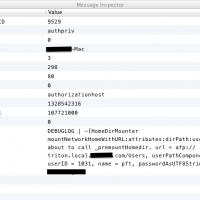 "Hakuna Matata! What a wonderful phrase."

Apple's next "absolutely different" product, what could it be?

Apple sued because OS X boots too fast, wow, this isn't a joke.

Apple let their Lion out of the Den to developers, go forth OS X 10.7 "Lion"