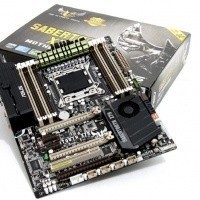 As I was at CES ARCTIC delivered the Freezer i30 CPU cooler, come have a look at their newest contender and see how it goes.

NEWS
Intel's latest server board supports up to 1TB of RAM

X79 boards start to arrive and while we can't speak performance, we can speak motherboards. Let's preview the X79A-GD65(4D) from MSI today.