We found 3 items for the tag: LG NEXUS

LG says it is still thinking about making the new Nexus for Google.

LG has said that it isn't making the Nexus 6, and with Google teasing Android Silver - does this mean we shouldn't expect a Nexus 6 at all? 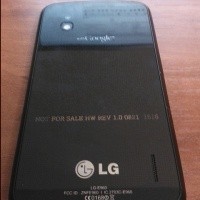