We found 5 items for the tag: LCD SCREEN

If you are in search of a gaming keyboard that can display stats in the heat of battle or even watch a movie on, Logitech may have your answer.

Anyone keeping tabs on Swiftech lately has seen this reservoir, but the Maelstrom bay reservoir is finally in my hands. 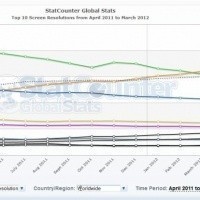 Not only does NZXT step away from the norm with a touch screen fan controller, but they literally stepped outside the box and offer the Sentry LXE, a standalone Fan Controller.