We found 35 items for the tag: KINGSTON TECHNOLOGY

Kingston HyperX has spruced up its Cloud headset with the MAV Edition, re-releasing it with some cool extras and a specialty design. Let's take a look.

Kingston's HyperX Savage DDR4-3000 16GB dual-channel RAM kit gets tested to see what it can do in our labs. Should you buy it? Read on.

Kingston's DataTraveler microDuo 3C USB 3.1 Type-C pen drive is one of the quickest Pico sized solutions we have tested is in the lab so far.

Set out to entice entry-level gamers into the HyperX zone, the Cloud Core gaming headset is compatible with PC, Max, PS4, Xbox One and Wii U.

MSI is looking at extreme overclockers, giving away a complete an upgrade package and more to 2D and 3D enthusiasts. 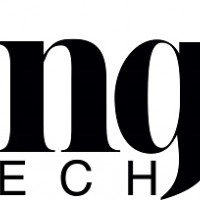