We found 20 items for the tag: JAILBREAK

The Oculus Quest 2 jailbreak that everyone got excited about turned out to be a fake. The bounty for root access is up for grabs.

NEWS
A $10,000 bounty for a Quest 2 jailbreak has already been claimed

A software developer put up a $5000 bounty for a Quest 2 jailbreak. Palmer Luckey matched it and someone already claimed it.

PlayStation 4 jailbreak is a success, claims hacker CTurt on Twitter.

Jailbroken Apple iPhones were compromised by a custom malware that hijacks advertisements for the benefit of the cybercriminals. 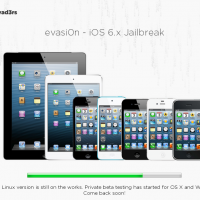 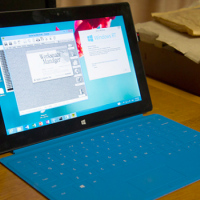 Door to desktop apps opened as jailbreak tool for Windows RT is released.

Want a Jailbroken iOS 5? Well, you're in luck, redsn0w have been hard at work.

Sony get attacked by Anonymous, playstation.com is taken down temporarily.

NEWS
Jailbreak Matrix has your roadmap to jailbreaking

Dive into the joy of warranty voiding.

ARTICLES
The iPhone becomes a victim of its own popularity

Apple brags about how secure their products are. But, with the recent malware aimed at Jailbroken phones, will they simply blame the jailbreakers?

Says new 3.0.1 firmware around the corner.

still no jailbreak for the 3G S though.

Not bad for a small speed bump.

Keeping each other honest?