We found 48 items for the tag: ITX

ASUS packs every feature possible into its ITX form factor-based Strix Z690-I Gaming WIFI motherboard. Join us as we check it out.

Even though it's small, don't let that hold you back - the ASRock Z590 Phantom Gaming ITX/TB4 is a full-featured motherboard.

MSI's MEG Z490I Unify Mini-ITX motherboard might be small, but manages to pack a sizable punch. Join us as we take a close look.

NEWS
ASUS' Intel Z490 motherboards detailed, all 17 of them

ASUS came out swinging for Intel Z490, with 17 mobo models announced at launch - not all will be available day one, but that's a lot of potential.

Chad says that Phanteks "blew his mind" with its Enthoo Evolv ITX tower chassis computer case for Mini-ITX motherboards. Read on and find out why.

Our second Radeon R9 285 2GB video card from Sapphire is part of the new ITX Compact series. Need a smaller version video card for your rig? Read on.

Our second ITX based Intel Z87 motherboard arrives. This time it comes from the folks from MSI in the form of the Z87I. Let's check it out. 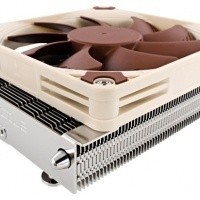 ASRock keep bringing mITX boards to the table. The latest is based on the highly popular Z68 chipset. Let's see how it holds up on this space confined little offering.

ASRock release an A75 based board that comes in nice and small. Let's check it out and see how it goes.

Perhaps the perfect candidate for your next HTPC build?

CFI release a case where the word HUGE is an understatement.

PRESS RELEASE
VIA Launches VIA EPIA-M830, First VIA Nano E-Series Mini-ITX Board

PRESS RELEASE
VIA ART-3000: A Rugged and Versatile Embedded Box PC for All Occasions

We've looked at the original. Now let's delve into the Mini Skeleton-90 from Antec and see if there has been any improvements made along the way.

Good things come in small packages and today IN WIN proves it with their stylish BM650 ITX case.

PRESS RELEASE
VIA Delivers Hi-Def Video and DX10.1 to Pico-ITXe

ZOTAC really is making it big with the ultra small Mini-ITX format. Today we have an AM2+ based setup for approval. Does it get it?