We found 7 items for the tag: IPHONE SALES

Apple sold less iPhones this quarter than the same three-month period in 2015.

NEWS
Apple has its worst quarter in 13 years, with iPhone sales down

Apple expected to experience their first year of declining iPhone sales, ever.

Apple is selling many, many more of its iPhone 6 than its bigger-than-life iPhone 6 Plus. 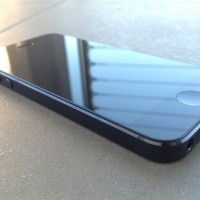 iPhone sales begin to come to a crawl when compared to previous quarters.