Apple is set to pay out half a billion dollars to consumers who used iPhones that were intentionally slowed down.

NEWS
Apple admits it has slowed down iPhones due to batteries

Apple has admitted to slowing down previous generations of iPhone due to potential battery spikes that would of caused the phone to shut down.

USB Type-C and Apple related products all on display for ADATA at COMPUTEX 2015.

Closed-door meetings with the Galaxy S6 and Galaxy S6 Edge have officials saying it beats the iPhone 6 in terms of design.

Apple has rocketed to the top spot in the Chinese smartphone market, despite higher prices.

Need more iPhones? Just strap them to your body and cross the border.

Popularity of the iPhone 6, iPhone 6 Plus helped iOS eat into the lead of Google Android, according to researchers.

Sales of the iPad are declining rapidly in the face of larger and more powerful cell phones, including Apple's own iPhone 6 line.

NEWS
Post-Bendgate: How to keep your new iPhone from changing shape

IPhone 6 Plus TLC NAND is tested, and results may point to compression algorithms and system memory used for flash management on TLC models.

Apple is selling many, many more of its iPhone 6 than its bigger-than-life iPhone 6 Plus.

After a week using Apple's biggest iPhone yet, I've found myself enjoying the bigger changes, but the company still has an uphill battle against Google.

After years of not touching an iPhone, the 6 Plus is here, and after a few hours playing with Apple's largest phone yet, here's what I think about it.

iPhone 6 customer 'accidentally sent' an iPhone 6 prototype, throws it on eBay with bids starting at $999, but quickly hitting over $58,000.

Foxconn hires even more people, as it can't keep up with iPhone 6 and iPhone 6 Plus demand from Apple.

BLOGS
I used the iPhone 6 Plus yesterday, here's a quick first impressions

After a quick play with the new 5.5-inch iPhone 6 Plus, here's what I think

AT&T to push its Wi-Fi calling service, starting with the new iPhone, in 2015.

BLOGS
The new iPhone is here, but so what?

Apple has just announced the new iPhone, but I'm not impressed at all

NEWS
Apple unveils its new iPhone: iPhone 6 and iPhone 6 Plus

After what has felt like an eternity, the day has finally come: Apple's next-gen iPhone is here.

NEWS
The lines begin to form for the iPhone 6, over a week out from release

Apple fans began lining up for the next-gen iPhone 6 over a week from its release.

Apple's next-gen iPhone 6 has been spotted with 128GB of NAND flash.

Ahead of its launch, Apple has reportedly offered a huge 70-80 million new iPhones.

NEWS
Is this Apple's upcoming 4.7-inch iPhone 6 smartphone? Photos inside

We have acquired photos of what appears to be a real Apple iPhone 6, 4.7-inch smartphone.

NEWS
Foxconn to use robots in future assembly, starting with the new iPhone

Robots will be used to build devices for Foxconn, with Apple being the first company to use this new service.

NEWS
Consumers are willing to pay $100 premium for the 5.5-inch iPhone 6

According to an analyst, consumers are willing to pay another Apple premium of $100 for the bigger 5.5-inch version of the next-gen iPhone.

Leakster Ming-Chi Kuo has a perfect record when it comes to his iPhone leaks, and his new revelations about the iPhone 6 seemingly confirm a new formfactor.

NEWS
RumorTT: Apple moving iPhone 6 into mass production in May

Apple is said to be gearing up manufacturing facilities to begin production of its 4.7-inch iPhone 6, but the 5.5-inch iPhone could be delayed until summer.

Apple rumored to release its next-gen iPhone 6 in July, will unleash iOS 8 at the same time.

NEWS
RumorTT: Apple to launch iWatch in October of 2014

Apple could release its iWatch smartwatch in October of 2014 alongside the iPhone 6.

RumorTT: 4.8-inch panel to be featured on the next-gen iPhone 6. 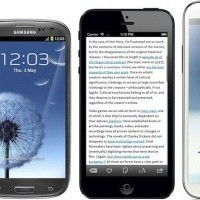 NEWS
Tim Cook says that for the iPhone, larger screens aren't everything - the experience, is the key

Tim Cook says that the experience is the key, not the larger screen for the iPhone. 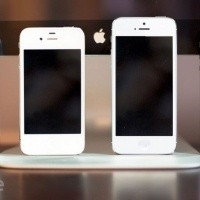