We found 6 items for the tag: INTEL XEON PHI

NVIDIA says Intel 'should get their facts straight' over Xeon Phi benchmarks.

NEWS
Intel's Xeon Phi 7290, their most expensive chip yet, has 72 CPU cores

Intel's new Xeon Phi 7290 features 72 CPU cores at 1.5GHz each, is their most expensive chip to date. 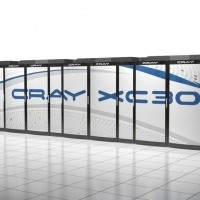