We found 15 items for the tag: INDIANA JONES

MachineGames is hiring a monetization designer who will help build a new game from the ground up with live economies in mind.

4K can't save the weakest entry in the Indiana Jones saga, but the upgrades certainly don't hurt either. Let's take a look.

The uneven, but entertaining sequel Indiana Jones and the Temple of Doom stuns in a brilliant 4K Blu-ray remaster. Let's explore.

Microsoft officially confirms a few future Bethesda games will be exclusive to Xbox and PC as it formally acquires ZeniMax Media.

The real question is will it be better or worse for it?

An animated TV show would be the perfect vehicle to continue the 'Indiana Jones' story.

Harrison Ford to don the trademark bull whip and fedora again in 2019.

Director declares that the role won't be recast in the future.

Disney intent on bringing the Lucas/Spielberg franchise back to life. 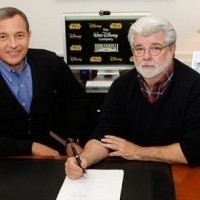 "You call this archaeology?"

"An army which carries the Ark before it... is invincible."