We found 4 items for the tag: IGPU

AMD and Intel have reportedly signed a new agreement that will have Radeon GPU tech inside of Intel's next-gen CPUs. 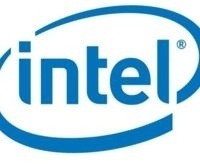 If they can get the drivers right.