We found 17 items for the tag: HYDRO SERIES

NEWS
Corsair's Hydro hardline kits include everything, even a hacksaw!

Corsair released a pair of hardline watercooling kits that include everything you need to build your first liquid cooling loop.

One of the very limited products to receive a 100% overall rating on TweakTown is Corsair's massively impressive H110i GTX liquid CPU cooler.

The largest AIO from Corsair has arrived. It's time to take the Hydro Series H110 through its paces and see what it can do. 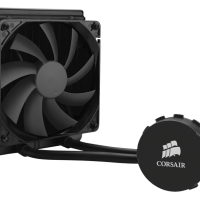 Corsair brings out a new 2012 edition H60 AIO liquid cooler for us to try out. Stick around and see everything that is new in the Hydro Series. 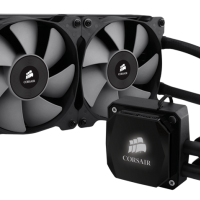 Finally, an all-in-one water cooling solution that can take on all comers! - The Hydro Series H100 from Corsair will really make you question the need for a custom water loop.

Corsair may have just changed our minds. Come take a look at how the Hydro Series from Corsair has improved with the H80.

The H50 gets a facelift. In steps the Hydro Series H60 High Performance Liquid CPU Cooler. Can it take the all-in-one liquid cooling crown?

Corsair takes a mix of the H50 with some customer input and delivers us the latest in AIO water cooling with the Hydro series H70.

Ask and ye shall receive! A bit of handywork on our end brings you the Corsair H50 for a full going over.