We found 5 items for the tag: HOMEFRONT

NEWS
Homefront: The Revolution looks pretty damn amazing at 4K on the PC

Homefront: The Revolution is powered by CRYENGINE, and it looks glorious at 4K on the PC.

The Homefront beta is pretty glitchy on Xbox One, suffering from frame-rate drops and other performance issues. 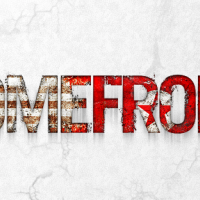 Crytek announces its acquisition of the Homefront franchise from bankrupt THQ.