We found 34 items for the tag: HIGH-DEFINITION

Polaroid hopes its affordable Cube action sports camera will help give consumers another option besides a GoPro. 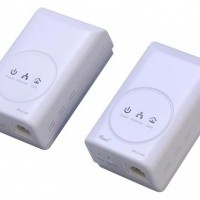 One which has unfortunately led to consumer confusion. Ben takes a look at what the latest version, 1.4 adds to the experience.

"Tell me Sarah, what do you think of my labyrinth?"

Yet another Realtek-based 1080p HD media player enters the lab for video review treatment. But is this one any different? Let's find out!

Keep your DVD and music collection on disk with our guide to creating a home theatre ripping box.

Rewarding those whom have rewarded us: TweakTown's Digital Lounge Blu-ray Awards 2008.

Still Got Lots Of DVD's?

ARTICLES
The Blu-ray Schedule Heats Up

Ben reveals a little more why the end of the year will be expensive for diehard movie fans...