We found 16 items for the tag: HEROES

NEWS
Starcrafts Firebat unit will 'light up' Heroes of the Storm

Starcrafts Firebat unit is on it's way to 'light up' Heroes of the Storm.

NEWS
Be the hero in our 'Heroes Reborn' Blu-ray giveaway

NBC bring 'Heroes' back to life, with a chance to fix prior mistakes.

NEWS
Win $1.2 million for being a beast in Heroes of the Storm

Blizzard throws its might behind Heroes of the Storm, offering $1.2 million in cash and prizes for global tournament.

NEWS
Hiro, or Masi Oka, is returning to Heroes Reborn later this year

Masi Oka is returning to the Heroes franchise with the 13-episode miniseries Heroes Reborn.

Blizzard are experiencing major server issues accross the board.

Save the cheerleader, save the TV show... Heroes is coming back next year for 13-episode miniseries. 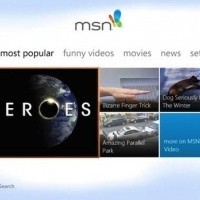 NEWS
Cancelled TV show 'Heroes' could be coming back, would arrive on MSN/Xbox thanks to Microsoft

Microsoft could bring back Heroes, would save both the cheerleader, and the world.