We found 11 items for the tag: HELICOPTER

The helicopter NASA will be launching on the Mars surface now has a special name, and fits perfectly.

Some llama's cause some dramas this morning as they escape from captivity.

The NASA JPL is testing autonomous helicopter drones that could be used to help explore Mars.

The US Navy's helicopter drone successfully passed its first round of live testing during sea-based flight.

Swedish company CybAero has inked a multi-year deal with a Chinese company, providing them with unmanned aerial vehicle (UAV) helicopters.

In this installment, we cover the tiny GPS Data Logger that will mount directly to the frame of the quad-copter and allow recording its flight path.

With multi-rotor helicopters getting a bad rap lately, Charles created his own multi-rotor to show that they can be used for more than controversy. 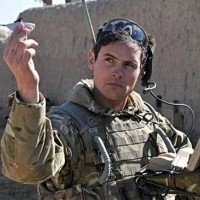