We found 12 items for the tag: HEAVY RAIN

Quantic Dream's latest games will be coming to Steam soon, but you can grab the demos now!

Beyond: Two Souls, Heavy Rain and Detroit: Become Human are now up for pre-order on the Epic Games Store.

Quantic Dream have announced that Heavy Rain, Detroit: Become Human and Beyond: Two Souls are coming to the Epic Games Store.

Quantic Dream has 'all VR systems installed in the studio', have 'downloaded every game on every system'

NEWS
Detroit is Quantic Dream's new game, an exclusive for the PS4 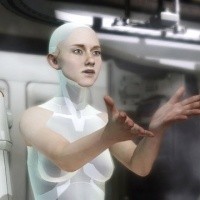 Quantic Dream to have an upcoming multiplayer game, the Heavy Rain developer is hiring staff.

Heavy Rain: Director's Cut will include a bunch of extras, released next week.

NEWS
Heavy Rain will not get a sequel, for now?

Heavy Rain to get a movie called, Rain.

Sony and Quantic Dream ask how far you would go to save someone you love. It turns out, quite far!