We found 23 items for the tag: HALLOWEEN

NEWS
NASA gets festive: posts photo of the sun as a flaming jack-o'-lantern

NASA shows the sun looking like a huge flaming jack-o'-lantern just in time for Halloween.

Apex Legends will celebrate Halloween with its upcoming 'Fight or Fright' event.

Luigi's Mansion 3 will be having a spooky release on this years Halloween, Nintendo confirms.

After a decade in wait, Michael Myers is back in the best film of the series since the 1978 original.

Ever wondered what Mario would look like as a zombie? Well, now is your chance to find out.

Up to 90% off selected titles and additional Horror themed games added to GOG's Connect Program.

NEWS
Gears of War 4 to release Halloween Event and Update

Trick or Treat? Rocket League gets into the Halloween spirit.

NEWS
We tested some fun and scary Halloween apps

There is a wide range of different Halloween apps, from stickers, fun games to masks, etc., so here are few chosen one that caught my eye.

Masks will be rolling out over the next few days for People using Facebook Live on iOS in the US, UK, and New Zealand.

The stars spin so fast they've been squashed into pumpkin-like shapes.

The limited edition reactions won't be available in every country, just a few select ones.

All eight seasons of Showtime's Dexter will soon be available for your streaming pleasure on Netflix. 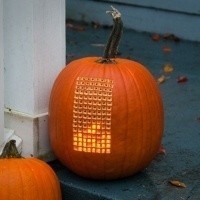 the first of its kind - dual GPU.