We found 15 items for the tag: GROWTH

Apple posts a revenue of $49.6 billion this quarter alongside an 'all-time record revenue from services' 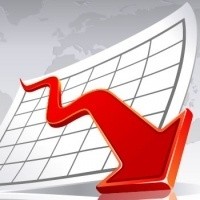