We found 3 items for the tag: GOPRO HERO

Been waiting on that GoPro Hero4 Session? It now costs just $199.

It looks like the GoPro Hero4 Black Edition will be capable of capturing 4K at 30FPS, but drops the 1080p at 240FPS option. 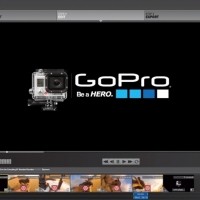 GoPro announces the release of GoPro Studio 2.0, its second generation of editing software for video shot with the Hero line of cameras.