We found 3 items for the tag: GOD PARTICLE

The third entry in the mysterious franchise gets pushed back.

After spending $10 billion, decades of research and the latest technology, scientists say the universe doesn't, or shouldn't exist. 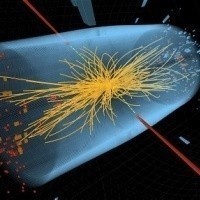 CERN have done it, they've found the subatomic particle that confirms just how our universe works, t.