NEWS
NVIDIA's next-gen GeForce rumored to use GDDR5, not GDDR5X or HBM2

GDDR5 rumored to power the GP104-powered GeForce card, with an imminent announcement.

Micron is now sampling certain densities of GDDR5X to their customers, which means we might see more information about actual benefits very soon.

Surprise! GDDR5 and HBM will be used on AMD's next-gen Polaris video cards.

NEWS
GDDR6 teased, could be rebranded GDDR5X that would arrive with HBM2

With HBM2 on the way and GDDR5 ageing quickly, GDDR6 could shake things up for cards not based on HBM.

PowerColor has been making AMD GPUs since 1997 and here's the latest offerings. 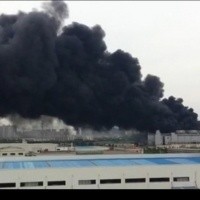 NEWS
Hynix fire not as bad as expected, company says damage is minimal

New official report from Hynix indicates that the fab was undamaged in yesterday's fire, says all equipment is fine and suffered no damage. 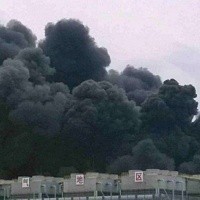 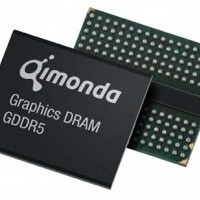 Our testbed gets the devil within her via the brand new PowerColor DEVIL 13 HD 6970. Let's find out what it's all about.

We check out the Power Edition HD 6950 which brings triple voltage adjustment to the table. How high can we go?

HIS send us a HD 6990 and we see what kind of overclock we can achieve with the fan set to Auto.

Two cores on one card is all great and that, but let's get two cards and four cores in our testbed system for a real party.

We flick Sapphire's HD 6990 4GB over to AUSUM mode, close our eyes and power on the system. We've survived to tell you about the extra grunt on offer!

Our Sapphire HD 6990 4GB has literally just arrived and we test it straight away to find out what kind of performance is on offer from this beast.

Sapphire take the time to overclock the HD 5550 512MB GDDR5. We ask ourselves if it's a waste of time.

ATI slap some GDDR5 on the HD 5550. Is it more than just a bit of cheap makeup? - Let's fire up the testbed with it and see.

PRESS RELEASE
HIS introduces the HIS 5970 2GB GDDR5, the world's fastest GPU in the market offering the power of two 5800 GPUs and 3200 stream processors

MSI has attacked the new low end GT 240 by overclocking it. Can the new 40nm, GDDR5 low end model do anything for us?

PCGamesHardware get the first peek.