We found 18 items for the tag: GCHQ

The director of a spy agency has said that Putin is being misled about the Ukraine war and that some Russian troops are rebelling.

North Korea's own Linux distribution, Red Star OS, is just as closed off as the country itself.

Does the United States pose a realistic threat of cyberterrorism?

Add Europol to list of agencies concerned about encryption.

The GCHQ is responsible for snooping on journalists' email communications, according to former NSA contractor Edward Snowden.

The British Secret Service circumvents Apple phone security by spying on data downloaded from the phone.

NEWS
Insight into the mind of a former NSA programmer/hacker

Cybersecurity specialists working for the NSA and GCHQ get burned out quickly, and easily find employment in the private sector, report says.

The Regin malware was very well written, and it appears the NSA and/or GCHQ could be behind it, reports now indicate.

Iain Lobban, the UK spy chief, has defended GCHQ in light of the British media's publication of the Snowden documents.

NEWS
Snowden could wiretap the President, or a Federal Judge easily

The NSA has the scary ability of wiretapping virtually anyone on the planet.

The Guardian editor who leaked Edward Snowden's information on GCHQ gets threatened with terrorism charges.

NEWS
Google is pissed with the NSA, starts encrypting its traffic

Google begins encrypting its internal network, says 'F*** you' to the NSA. 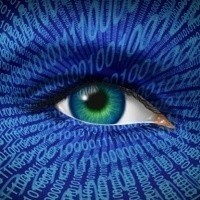 Edward Snowden reveals that the British are listening in on everything, too.