We found 8 items for the tag: GAMING INDUSTRY

NEWS
1,000+ gamers reveal the secret to stress-free gaming & what you need

One of the biggest effects of gaming is stress, but how do gamers minimize that?

A new study has estimated that League of Legends' carbon footprint is equivalent to 308.3 million gallons of diesel.

The US gaming industry produces the same amount of carbon as 85 million refrigerators.

NEWS
North Americans to spend most on mobile game purchases

North American gamers are to spend the most money per user on in-game mobile game purchases in 2017.

Online PC games will reach $30.7 billion in 2017, as free-to-play games help drive even more interest to the market.

The video game industry is stronger than ever, and GTAV played a major role in strengthening it. 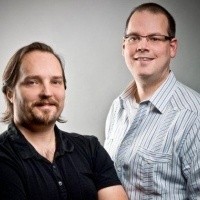 NEWS
BioWare co-founders retire from not just their company, but the gaming industry