We found 3 items for the tag: GALAXY GEAR 2

Gear 2 teardown shows a compact device that would be easy to repair if needed with lots of hardware on the inside.

According to the New York Times, Samsung will announce the Galaxy S5 and Galaxy Gear 2 later this month. 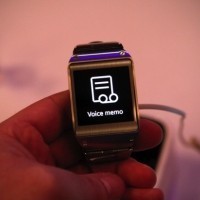