NEWS
It's Always Sunny in Philadelphia renewed to Season 18

FX networks renews It's Always Sunny in Philadelphia for four more seasons, and there's shows planned up until season 18.

Upcoming season to take Archer back in time.

Take home the latest season of the epic horror series on us.

'Archer' is out of the danger zone.

AMD has announced the availability of the Wraith CPU cooler bundled with more CPU's than ever before.

NEWS
Glee's Lea Michele on American Horror Story? We'd like to see that

Lea Michele dishes to Billboard magazine about her talks with Ryan Murphy regarding a role on American Horror Story.

"Bloody Mary; blessed are you among cocktails. Pray for me now in the hour of my death, which I hope is soon. Amen." 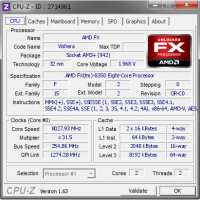 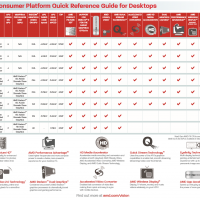 We check out the Fatal1ty branded 990FX Professional board from ASRock and see what kind of performance it's able to offer us.

AMD boards tend to come in a bit cheaper as it is, but let's check out the GA-990FXA-UD5 which carries a particularly good looking price.

We check out our first 990FX board post Bulldozer launch and see what ASRock and Fatal1ty are doing with the chipset.

Not unlike Llano, we hear good things about memory overclocking on the Bulldozer platform. Let's check it out and see for ourselves.

We throw three HD 6970s into both our Z68 and 990FX setups and see what happens with our overclocked CPUs.

To help round off our final thoughts on the FX-8150 CPU, we check out the gaming performance and give you a true run down on Bullldozer.

AMDs Bulldozer finally sees the light of day. We only have one question. Is it any good? Let's take the time to find out.

We're getting real up in this place. Let us tell you what has happened to the Bulldozer launch and why it's AMDs fault.

AMD looking to make a bigger splash with eight models in its first FX wave.

GIGABYTE fuses the new 990FX series chipset from AMD to the much loved UD7 series. Let's check it out.

AMD have setup a dedicated page for the new Bulldozer line of CPUs.

AMD FX series is back at E3.

NEWS
AMD to have fisticuffs with Intel, bringing sexy back in the form of AMD FX!