We found 10 items for the tag: FLASH PLAYER 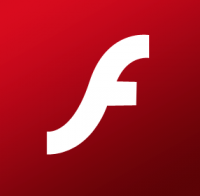 Adobe will no longer allow new installs of Flash on Android-based devices as of tomorrow.

NEWS
Adobe Flash for mobile is dead, that is all

NEWS
Flash for Android 3.0 to arrive "a few weeks" after the first tablets - CityVille fans jump in the air

Adobe hope to have Flash installed into 132 million tablets this year.

Works on most smartphones...