17-year-old racks up $8200 bill in FIFA microtransactions, his Dad gets refunded.

EA is opening up the older titles in EA Access that reside in the Vault, letting all Xbox One Gold members enjoy the older games for free.

Call of Duty: Black Ops 3 was the best-selling game of 2015, which isn't a big surprise.

EA brings its popular games subscription service to the PC and promises to offer an expanded library of Vault titles.

Sony has an exceptional month in the US with PS4 sales.

Microsoft packs in two Fallout games in its latest Xbox One bundle.

EA's cops and robbers shooter breaks into the free game vault next month.

NEWS
EA SPORTS steps up with innovative gameplay for FIFA 16

EA will be teasing Star Wars: Battlefront, Mirror's Edge Catalyst and so much more next week at E3.

Since launching more than 10 years ago, there have been 175 million copies of Call of Duty sold worldwide.

Sony will reportedly not be renewing its contract with FIFA, will instead spend the money on structural reforms.

At one point during the disastrous Brazil - Germany World Cup game, 580,601 tweets were sent on the topic in just one minute.

The United States has the most active population discussing the World Cup, according to a report released by FIFA.

According to an analyst company, lower than expected sales revenues for the 2014 World Cup could lead to a pay-TV model instead of free access.

FIFA appears to have issued copyright complaints to six Twitter users for unauthorised picture use.

Hosting the FIFA World Cup in Qatar in 2022 is "a mistake" according to the president of FIFA. 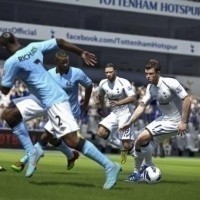 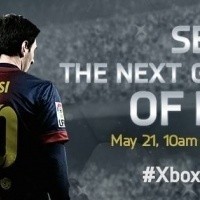 EA Sports teases that FIFA 14 will be shown tomorrow at Xbox event.