We found 3 items for the tag: FAMITSU

NEWS
Next Super Smash Bros. game isn't planned yet, will be on next console

The director of Super Smash Bros. has said there's isn't a new game planned.... yet.

Persona 5 has sold 2.4 million copies and the games director says that Persona coming to the Nintendo Switch is a 'very attractive' idea. 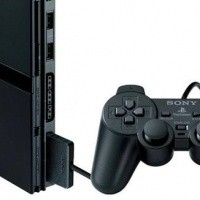 Sony PS2 console finally dies at the age of 13.