We found 9 items for the tag: FALCON

NEWS
A SpaceX booster won't crash into the moon, but something else will

WE0913A was identified as a SpaceX Falcon 9 booster that will crash into the moon, but it is likely from the Chang'e 5-T1 mission.

SpaceX are going to test out Crew Dragon's launch escape system this month.

"Pick on someone your own size!" 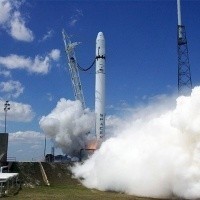 SpaceX would like to build a "commercial Cape Canaveral" in Texas for its Falcon rockets.

G.Skill has just announced a new family of its Falcon series SSDs. Chris has his hands on a sample & takes the time to see where the improvements are.

G.Skill drops JMicron for Indilinx. Let's see if this allows the Falcon to really soar.