We found 6 items for the tag: EXPANSION PACK

Valve has approved a fan-made expansion to Half-Life Opposing Force, called Prospekt, which is now up for pre-order, releasing in February. 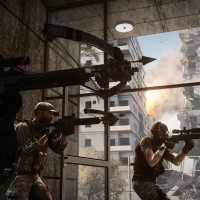 The first image of Battlefield 3: Aftermath hits the Internet, on Reddit as an exclusive!

NEWS
Battlefield 3: Back to Karkand will be released on December 14

We're going Back to Karkand on December 14.