We found 9 items for the tag: EXOMARS

The ExoMars mission by the ESA to deliver the Rosalind Franklin rover to Mars on a Russian Proton rocket has been suspended.

The European Space Agency has postponed the launch of ExoMars mission, delaying it for a further two years.

The member nations held a two-day meeting in Switzerland where it has been announced that they will provide extra funds.

The European Space Agency has published a video compiled of a series of images taken in November by the TGO.

Ministers from 23 countries that support the European space program, including Canada, will decide whether they will cover the extra costs at their next meeting.

The ESA lost contact with its Schiaparelli lander shortly before it was supposed to land on Mars on October 19th.

NASA's Mars Reconnaissance Orbiter has identified new markings on the surface of Mars that are believed to be related to Europe's Schiaparelli lander.

NEWS
Mars' lander fate is unclear, but signs are not good

Paolo Ferri, ESA's head of operations said it is too soon to jump to conclusions but 'it's clear that these are not good signs' 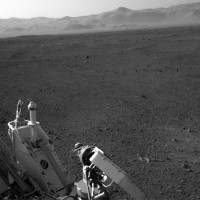 NEWS
NASA to launch another rover destined for Mars in 2020

NASA to launch another rover that will head to Mars, launches in 2020.