We found 29 items for the tag: EVO

Capacity for microSD start to move as Samsung intros a 512GB solution!

Samsung has high-speed 96L memory and isn't afraid to use it. The EVO Plus is the first workstation-class TLC SSD.

Today we look at the 500GB 970 EVO Plus and compare it to other 512GB-class NVMe SSDs shipping today.

NEWS
Smash Bros pros say Smash Ultimate will be no.1 at EVO 2019

Will Super Smash Bros. Ultimate be the most popular game at next years EVO 2019?

Nintendo will be providing a demo of Super Smash Bros. Ultimate at this years Evo 2018.

SSDs may soon take over all of your home storage with Samsung announcing 850 Evo and 850 Pro 2TB consumer drives.

Today Tyler takes a close look at Samsung's EVO 32GB SDHC UHS I memory card. If performance is not much of a concern, and you need capacity, take a look.

Samsung continues to innovate by fielding a three-bit-per-cell MLC SSD for the datacenter. We take a close look at the value of the 845DC EVO.

Price, capacity, and most of all, performance. The Samsung SSD 840 EVO 500GB has it all, and it gets even better when we RAID a pair of them.

Wrapping up our coverage of the Samsung 840 EVO today, Chris looks at the new 750GB capacity size. The new 750GB EVO is priced to compete with many other's 512GB class products, but delivers higher capacity... 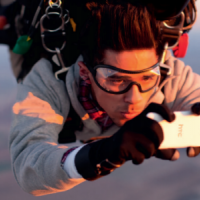 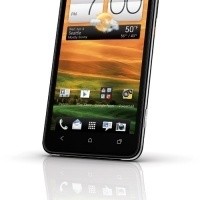 NEWS
It's official: Sprint is getting the HTC Evo 4G LTE, has HD voice and big battery

HTC has unveiled the Evo 4G LTE and details its specs. I think I found my phone upgrade.

Sort through the Android flood in this one-stop shop.

An EVO 4G for the rest of the world.

Android 2.2 ready for the big time.

Tons of features on top of the OS update coming as well.

Machined brass and antimicrobial properties the tip of the iceberg.

Make your own apps with minimal fuss.

Apps misrepresenting themselves zapped from the Android Market.