We found 25 items for the tag: EVERCOOL

Evercool has sent along a very budget friendly CPU cooling solution, the Evercool Venti HPQ-12025. Let's take a look as Chad puts it through its paces.

A different idea of what notebook cooling should be hits our labs. Let's see how Evercool and its Carry NB-EC01 stacks up against the competition. 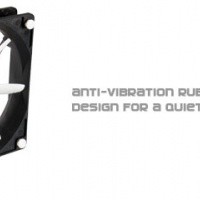 Evercool has submitted a 160W contender to cool your processor. Come and have a look at the "cooling, shining, and silent" Transformer 3.

Moving his attention to another bold Core i7 compatible CPU cooler from Evercool, Chad sees how well it fairs under the T.E.C.C. today.

Evercool sends Chad their latest and greatest CPU cooler to date, the Transformer 4 with some added bling to please the show ponies.