We found 7 items for the tag: ERIC SCHMIDT

A new report from a think tank project chaired by former Google CEO Eric Schmidt has warned in a report of China winning a major race.

Eric Schmidt, Alphabets executive chairman has stepped down and will be filling in his new role as a technical advisor.

NEWS
Google was attacked by the Chinese, NSA according to its chairman

Google chairman Eric Schmidt says that the search giant was hacked by the Chinese, and the NSA. 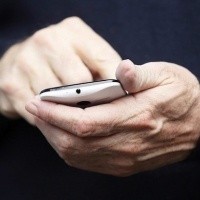 Motorola Moto X makes an appearance at the Allen and Co conference, appears to be Eric Schmidts personal phone.

Google have some management shuffle, Larry Page taking over as CEO.