We found 10 items for the tag: ENVIRONMENT

Herschel Walker isn't a fan of the Green New Deal ... and doesn't want to talk about EVs, while promoting gas-guzzlers - but auto industry doesn't care.

The ZEM prototype is able to pull CO2 out of the air and filter it while the car is in motion, with student developers hoping automakers take note.

A new analysis of German transport data has shown a correlation between increased cycling habits and higher education levels.

Fungi that is attracted to radiation is slowly, but surely neutralising the Chernobyl nuclear fallout.

Two Amazon employee's have been warned that they will be fired if they continue speaking about their environmental policies.

Adidas partners with environmental group to design 3D-printed shoe made from ocean garbage. 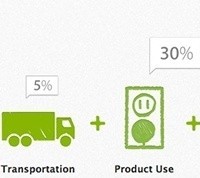 Apple releases its Apple and the Environment report.